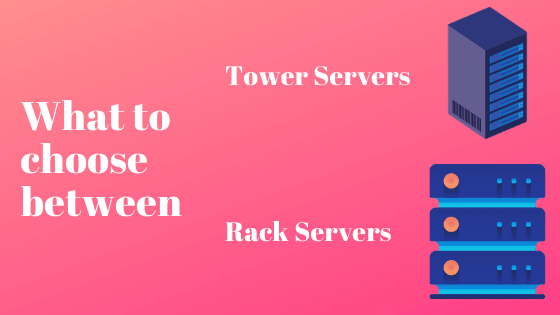 What is Tower Server?

Tower servers and Rack servers are two different types of servers that are known to perform similar tasks and applications. Even performing different tasks these servers can be differentiated on various factors such as space and budget, integration, capacity, estimated load on servers, and implementations.

It is important to choose the prominent type of server suiting your particular business requirements. Though this decision could be a tricky one as tower and rack servers provide the same functions but also differ in various factors. Though for choosing among the two, you must consider basic information prior, about what these servers actually mean, their constituents, and their respective properties.

Tower servers are known for their space consumption as it consumes a good amount of physical space to be installed and functioned. It becomes slightly difficult to physically manage them. It also requires individual KVM (Keyboard, Video, Mouse) with to be managed effectively. Though Tower servers are beneficial to those businesses and organizations who look for upgrading their servers in the near future. Hence upgrading of tower servers is certainly easy and cost-effective.

What are the properties of Tower Server?

Let’s interpret some properties of tower servers that could be helpful to measure the difference.
Serverstack provides you high-quality Tower servers of ASUS at an affordable cost making you to handle multiple intense tasks effectively. 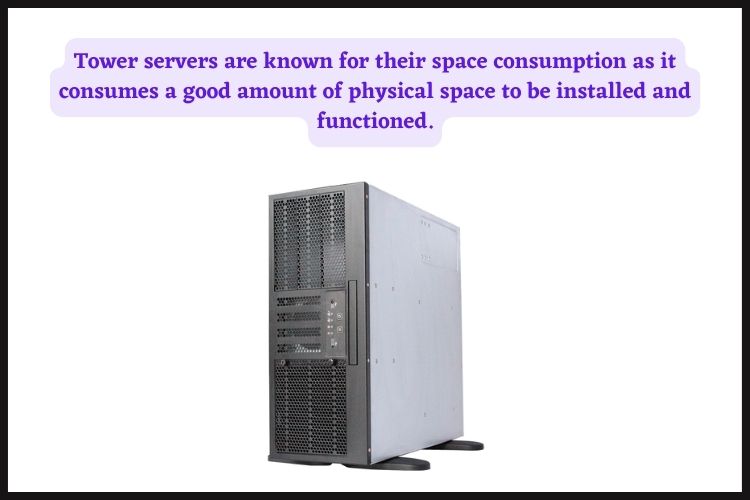 What are the pros of Tower Server?

1. Scalability and Ease of upgrade:

Tower servers are probably the cheapest of all server types and are very cost-effective.

With their low component density, the cooling of tower servers is less costly than dense racks or blades.

What are the cons of Tower Server?

1. Provides a basic level of performance:

A tower server is suitable for small businesses that have a limited number of clients.

Devices are not easily routed together; each server has to be plugged into a mouse, keyboard, and display unless you want to switch them out any time you need to use one of the servers.

For customization and not low capital costs, many customers purchase tower servers. High-end hardware and software modules would increase the ongoing cost.

Such servers do not fit in racks and consume space for data centers. In order to troubleshoot and install or update internal components, they need to open the enclosure.

IT has to invest in switches in several tower server environments or re-plug external devices into each separate server. 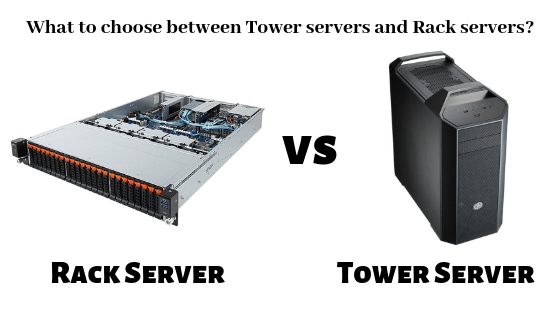 What is Rack Server?

When it comes to rack server, they are the servers mounted inside a rack which is similar to a normal rack, stacking servers one over the other along with other networking devices such as cooling systems, storage units, network surroundings, batteries, etc.

Rack servers assist the users in stack-up other electronic devices along with the servers. These servers are extremely convenient and consume lesser space comparatively as all the servers can be stacked in a single rack. It promotes cleaner cable management with efficient management tools present in the rack itself.

What are the properties of Rack Server?

Let’s configure its properties to compare and measure out the difference.
Serverstack is known for its excellence in providing rack servers and is one of the leading brands in providing quality servers of ASUS, assuring high performance and productivity. 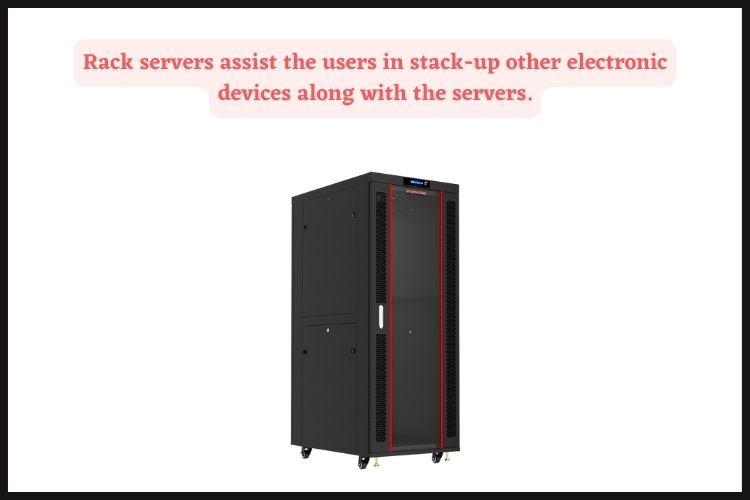 What are the pros of Rack Server?

In rack servers, it takes very little effort to locate, uninstall, and replace a malfunctioning server with another one.

Management tools in the racks make the organizing of cables simple and effective.

At comparatively lower costs, they deliver a significant amount of computing power and performance.

As a stand-alone or networked machine, each rack server has everything required to run: its own power source, CPU, and memory. This allows for intensive computing operations to be performed by rack servers.

Rack-mounted servers and other computing devices restricted data center space is used extremely efficiently. With additional memory, storage, and processors, rack servers can be extended easily. And if administrators have shared or clustered the server data for redundancy, it is physically easy to hot-swap rack servers.

What are the cons of Rack Server?

Dense racks are needed more troubleshooting and management time. When multiple devices are put together in racks, with the increasing number of racks, maintaining them becomes considerably tough.

By analyzing the above information about both Tower and Rack Servers, you might have come to a specific conclusion of what to choose according to your particular requirements. It is not the thing that one server is beneficial over the other, but it’s just the servers fitting the requirements of particular needs. Therefore if you have lesser clients and you require less amount of computing power then Tower servers can be a good option whereas if you require multiple servers to fulfill larger requirements then rack servers can be the ideal choice.

1. Which type of server hardware is the most space-efficient?

Similar to rack servers, blade servers are chassis-based servers, but the more stripped-down design allows for even more space-efficient than rack servers.

This applies to a computer where the power supply, motherboard, and mass storage devices are stored in a cabinet on top of each other. This is in contrast to desktop versions, which are housed in a more compact box with these components.

This applies to a computer where the power supply, motherboard, and mass storage devices are stored in a cabinet on top of each other. This is in contrast to desktop versions, which are housed in a more compact box with these components.

4. How to setup a server rack?

Below are the 10 tips for a successful server rack installation: